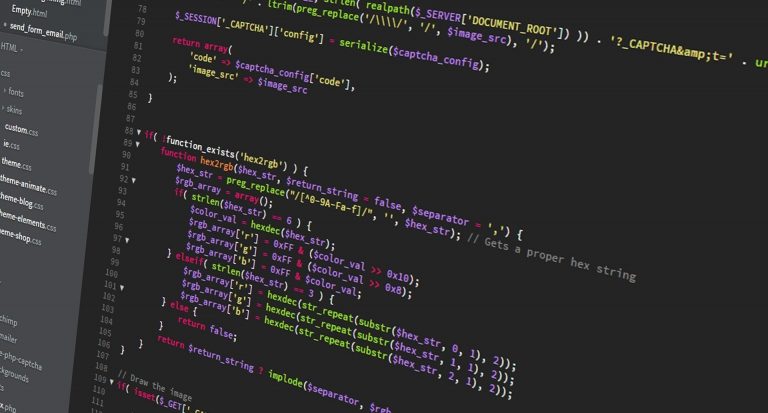 What is Java Programming? Definition, Pros, and Cons

Java is one of the popular programming languages ​​used to develop mobile applications, desktops, and websites. Some of the world’s major websites, such as Yahoo!, LinkedIn, and Spotify, have also used Java to develop their websites.

One of the reasons Java is so popular is its flexibility across multiple platforms. No wonder about 12 million developers use Java for application development.

Curious as to what the Java programming language is? This article will learn what Java is, its uses, benefits, and examples of the Java framework. Immediately, let’s get to know Java through the following explanation!

Java has the motto “Write Once, Run Anywhere”. It can run on various platforms without needing to be rearranged according to the platform. For example, it runs on Android, Linux, Windows and more.

That can happen because Java has a high-level syntax or programming code system. When executed, the syntax will execute with the Java Virtual Machine (JVM) into a numeric code (bytecode) platform so that Java applications can run on various devices.

Thanks to its flexibility, Java is running on 13 billion devices. Some mobile applications using Java are Twitter, Netflix, and Spotify.

A Brief History of the Java Programming Language

Java programming language first emerged from a project called “The Green Project” at Sun Microsystems, a software company in America.

Unfortunately, the name Oak has been used by the company Oak Technology. So, in 1995 Java replaced Oak name which was reportedly inspired by Javanese coffee. Therefore, the Java programming language logo is a cup of coffee.

The following are the advantages of using the Java programming language:

The main advantage of Java is that it can run on various platforms or operating systems. It is in line with their slogan, namely “Write Once, Run Anywhere”. It means that with just one Java file creation, the program can run on multiple platforms without the need for changes.

Java has a compiler or some virtual machine that can translate Java syntax to the bytecodes of each platform. That’s why Java can run on multiple platforms.

2. Have a Complete Library

Java is known to have a complete library. A library in a programming language is a set of functions and programs that can directly used for making applications.

The existence of this library is also inseparable from the existence of a large Java community. So many create new libraries to complement the needs of Java developers. With this library, you can create Java-based applications more easily.

Object-oriented programming is a program that manages the design of applications based on objects. Objects here are defined as data fields that have attributes and behaviours.

For example, in real life, an object in a bicycle has attributes (tyres, pedals, handlebars) and behaviour (speeding, braking).

In Java, all data or functions are defined into several classes related to each other. These functions can receive, process data, and send messages to other objects.

Programming code with this method makes the program structure more concise. We can reuse them to create complex and actively updated applications. So, the development process is faster and better developed.

Java is indeed development of the C and C++ languages. C++ programming language is quite good but not as flexible as Java. Meanwhile, Java can make it more simple and flexible.

If you’ve studied or are familiar with C++, you certainly won’t have much trouble learning the Java programming language.

The benefit of Java that you can feel for application development is that it supports native methods. Any Java program function is written in a language other than Java, such as C or C++.

With this native method support, you can reach hardware or resources (servers) that are only accessible by other programming languages. So you can create more feature-rich apps.

Apart from the advantages mentioned above, there are some disadvantages of Java. Here’s the description:

1. Requires a lot of memory

Java does have many modules and features that make it easier for developers to develop applications. Unfortunately, Java-based programs take up quite a lot of memory.

The JVM requires garbage collection, class generation, compiler, and more data. All these processes can make Java applications safe and work smoothly. However, Java application devices tend to run out of RAM.

One of Java’s drawbacks is that it is easy to decompile. Decompilation is the process of turning code into source code.

Please note that the Java files will be compiled into platform bytecodes when the program is run. However, once compiled, the basic algorithms of Java programs are easy to see. So, the possibility of the application being hijacked will be greater.

To anticipate this, you need to increase the security of the program extra, for example, by using an encrypted license.

GUI or Graphical User Interface displays an application or website that functions for interaction with users. Some GUI components include icons, buttons, menus, and others.

So, if you want to create an attractive display, you can create it using JavaScript.

So, What is Java?

Java is a programming language for flexible application and website development that runs on various platforms.

Until now, Java has become a programming language that developers have widely used because of its advantages. It is easy to run on several platforms, has a complete library, is object-oriented, and is easy to learn because it is similar to the C++ language.