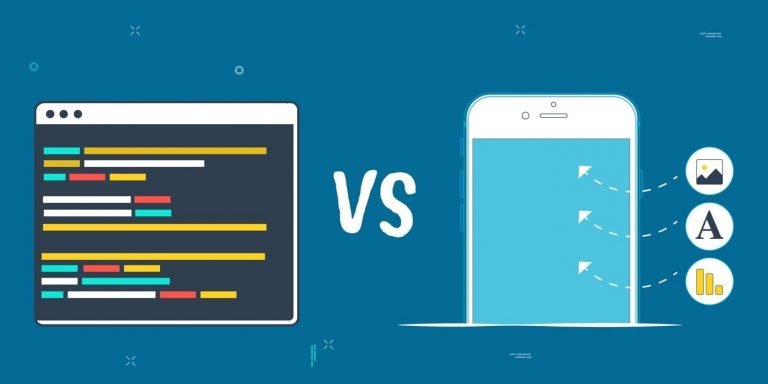 What Is Low-Code Development, and How Does It Work?

Nowadays, people with basic knowledge of programming or even no at all can make their app. Low-code design tools allow people to create complex programs with less coding experience. This article will learn what low-code is, how it works, and whether we should use it.

Low-code is a language or environment that helps those with little coding experience to create and develop software. Instead of complex back-end code, low-code uses visual templates and a drag-and-drop framework that opens development to non-software developers.

These platforms are becoming increasingly popular as a quick and easy alternative to software development. Professional and non-professional developers can use low-code platforms to create applications of varying complexity, such as automating processes or accelerating digital transformation.

Low code development platforms provide graphical tools for designing applications or systems. They go along with inputs, outputs, business logic, and other necessary aspects. The features depend on the platform you used and the overall system requirements. The developer may not need to supplement the design with some good old-fashioned code. Or the platform may produce an entire working solution with no additional code required.

These processes can vary significantly between low-code platforms. Because the people who create them and the business needs each platform to differ as well. However, the general concept remains the same. Generally, it involves mapping user interfaces, databases, APIs, and client application behavior. It also can produce specifications that the platform will use to assemble the working system. However, there are advantages and disadvantages to each method.

Likewise, an entrepreneur with average computer skills can try new ideas. Even better, he can build and release a complete product with all the desired features and functions. It is a massive advantage for anyone interested in application development, especially those who don’t have much time to study software engineering.

One of the significant drawbacks is a lack of a solid understanding of software engineering. They may not have the experience to make informed decisions about how any computer system should work. A graphical low-code environment will prevent someone from making syntax errors. Regarding pure code (since there’s no syntax), but generally doesn’t distinguish between a good or bad idea.

Stores some historical data based on critical events lost if not searched at the time. In addition, a low-code environment will not have the same understanding of context as experienced programmers have. Hence, there is always a risk that a low-code application might, for example, not support some unexpected requirements by the designer, such as fetch, compute.

Why is it important?

Creating software requires careful design. Programs need to work well for both users and developers, and applications are constantly changing. Apart from adding new features to the platform, everything else should be kept updated and compatible with providing a good experience for the users.

Updating and changing software is often a complex process. Ideas and designs must pass through the IT department assigned to software maintenance, hindering software development. Most software uses the same pattern, and building it from scratch for each project is time-consuming.

Using low code, you can solve some of these problems. Anything that is updated frequently can operate on low-code principles. An excellent low-code action layer can allow non-developers to update existing code without risking anything breaking and without too much prior knowledge.

If you’ve seen the term low-code, you’ve likely heard the term no-code as well. Perhaps unsurprisingly, the difference lies in how much code the user has to know to use it.

Low-code requires users to familiarize themselves with a small amount of code and adapt it to work with a larger codebase underneath. While not a completely accurate comparison, you can think of it as performing mathematical operations on cells in Microsoft Excel.

No-code eliminates the need for code and is a pure code and user interface-based design. Website builders like Squarespace are a perfect example of this type of platform.

Low-code providers mainly offer similar services. To get a better idea of ​​how low-code the platform is. Let’s take a look at two popular companies that provide low-code solutions.

A well-known example of a low-code platform is Google App Creator. While you still need to understand enough HTML and CSS to customize your app, the platform takes care of most other aspects. A visual drag-and-drop designer replaces traditional development.

OutSystems provides the same services as App Creator but with a few extras. Designed for enterprise use, it also offers drag-and-drop creation tools.

Instead of focusing purely on providing front-end user interface design tools or tackling back-end database and data manipulation tasks, OutSystems claims to be an all-in-one solution.

It means that if you want to design a complex app, you can do a lot of work without needing to code yourself. It will free up time and resources to hire software developers and designers for essential parts of your project.

Should I use it?

But many say, no-code platforms are improving all the time, and many believe they will replace low-code in time. Besides, if you are already a software developer and understand your program from the inside out, why bother? It will be an extra layer that you may never need.

Along with software developers, low-code platforms are also excellent tools for people working in UX design, allowing for fast progression from mockups to build jobs.

But Low-code isn’t always beginner-friendly, and many tools aim to make life easier for experienced developers. It means that while they can save time, they are not always easier to understand. For some non-developers, low-code won’t help at all. At its core, the concept of low-code is to support development, not replace developers.