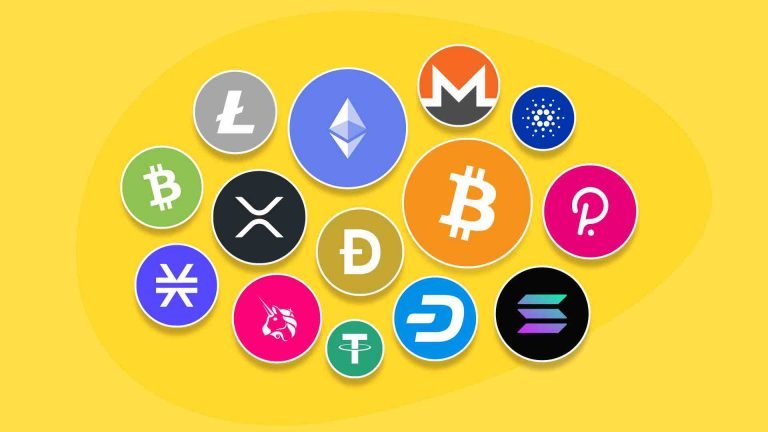 What is an Altcoin, and How is it Different from Bitcoin?

What is Altcoin – Both Bitcoin and Altcoin classified as crypto assets, Altcoins project themselves to be a better version of Bitcoin. The emergence of this peer-to-peer digital currency is indeed ‘following’ the success of its predecessor. However, Altcoins come with the promise of fixing some of Bitcoin’s shortcomings.

The hope is that the emergence of Altcoins can create a healthy competition with Bitcoin, especially in the cryptocurrency industry. Curious about what Altcoin is and how is it different from Bitcoin? Come on, see the review below.

Not infrequently, several Altcoins have similar features, so there are many variations of this digital currency. However, it must be admitted that most Altcoins are based on the framework built by Bitcoin. It’s just that they are trying to offer efficiency and cheap alternative ways when transacting via the internet.

According to CoinMarketCap, Altcoins account for more than 40% of the world’s cryptocurrency market. As of March 2021, around 9,000 cryptocurrencies have been circulating. It must be admitted that these various types of alternative currencies have not been able to shift Bitcoin, which still dominates the market.

However, the future of Altcoins is quite promising. Currently, two main Bitcoin competitors are ready to compete, namely Ethereum and Binance Coin. Both represent Altcoins in populating the world crypto market.

Along with the development of Altcoins, groups began to appear based on specific criteria. Nevertheless, it remains open to the possibility of a digital currency in more than one type. Altcoins can be divided into four classes, namely:

You need to go through the mining process to get new coins. The trick, of course, is to solve a problem to disassemble the block. This type of Altcoin has similarities to Bitcoin. The majority of the leading altcoins are mining-based, such as Ethereum.

Like conventional stocks, this type of Altcoin lures investors with dividends, e.g., business ownership or profit payments. Because it is associated with businesses, Altcoin security tokens are launched through an Initial Coin Offering (ICO).

Judging from its name, this Altcoin seeks to reduce the volatility that Bitcoin often experiences. This can be executed by tying the coin’s value to the prevailing currency, including gold, euros, and US dollars. For example, Libra Facebook.

Also read: What is Bitcoin? How does it work?

Sometimes utility token-type altcoins are sold under the status of an ICO. These altcoins are focused on trying to claim certain services. The most representative example is Filecoin which is intentionally designed to be exchanged for a decentralized archive storage service.

The initial goal of developing Bitcoin was to initiate a decentralized digital currency so that it could replace fiat money. Call it dollars or euros. Thus, Bitcoin is designed as a simple transaction with a peer-to-peer agreement mechanism.

Collective verification of transactions is also carried out by adding a ‘chain’ that appears as part of a series of transactions in a block. This method is considered to be able to empower the existing network. However, Bitcoin has not been able to approach the functionality of a credit card or other digital means of payment. Plus, ‘mining’ efforts for transaction verification are resource-consuming and expensive.

This is where Altcoins offer a different mechanism. That way, Altcoins can process more transactions every second. The aim is to reduce the cost and complexity of the mining.

Some Altcoins also provide the latest technology, such as smart contracts. Through this method, the crypto asset can establish innovative applications on the blockchain. On the other hand, coins like Ripple and Dash also provide a new perspective on payment speed and transaction possibilities.

Ripple is designed to facilitate centralized cross-border transactions between large institutions and corporations. It focuses on tight security and an ecosystem that makes it easier for investors to manage their own money. Meanwhile, Dash claims to have transaction speeds as short as 1 second per transaction.

From the description above, Altcoins are trying hard to fix the problems that Bitcoin often experiences. At first glance, this makes Altcoin superior because it is claimed to be better than Bitcoin, the king of crypto commodities. The circulation of Bitcoin still dominates the crypto-asset market, so it is difficult to shift the position of the king just like that.

Listening to what Altcoins are making you realize that these crypto-assets can be an alternative investment that is profitable and fun. However, be aware of the risks of the volatile cryptocurrency market.