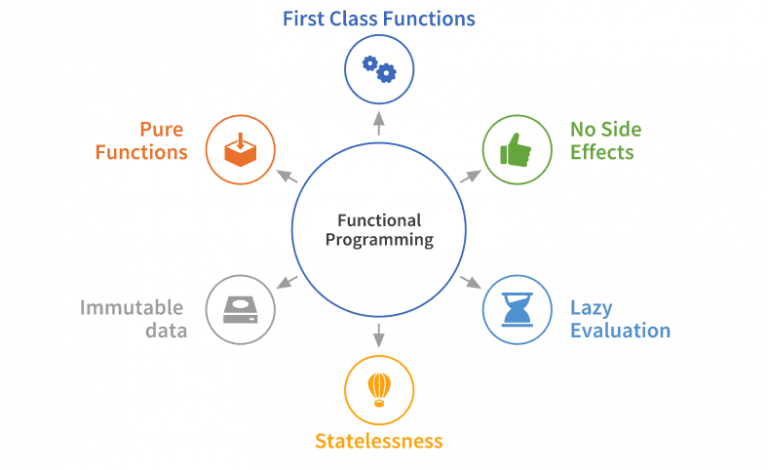 What is functional programming used for?

Since the earliest days, functional programming has become a trending topic all around the world. It happens because of the benefits it provides.

Suppose you have an interest in learning and mastering this skill. In that case, this article will help you to know the concepts behind functional programming.

Generally, functional programming or FP is building software by creating pure functions, mutable data, and avoiding a shared state. Because functions are fundamental to code organization, so they exist in all higher-order programming languages.

Although it is a set of approaches to coding, usually described as a programming paradigm. It is a helpful and robust tool that must be a part of the conceptual toolkit of every developer.

Pure functions are essential for a variety of purposes, including functional programming. It take some input and return some output based on that input.

They are the simplest reusable building blocks of code in a program. Pure functions are entirely independent of the outside state. So they are immune to entire classes of bugs that have to do with shared mutable state.

The data inside functional program’s functions are immutable. So, we can always create new variables and data structures. Still, we don’t have to allow modifying the existing values.

If we should update the named value, it can be quite a bit harder to see what’s going on at different lines in the code. But if every value in a program is only assigned one, it’s easy to read the code and determine what value is at any given point. Furthermore, immutability makes programs much more straightforward and improves developer speed.

When the state is immutable, this is relatively harmless and is a memory-saving mechanism. But, the problem associated with the shared state is that changing the order in which functions cause a line of failures.

Functional programming is intended to drive more significant benefits to programs at large. Put another way, and it is used to create cleaner, more resilient, large-scale systems.